A
Written by Alice
Updated over a week ago

Optimizer is the in-house technology that blacklists under-performing traffic sources automatically according to the rules that you set. Optimizer not only saves your time on analyzing each traffic source individually but also allows you to target a wider variety of sources and test new ones using your budget wisely.

HOW TO LAUNCH CAMPAIGNS BASED ON THE OPTIMIZER 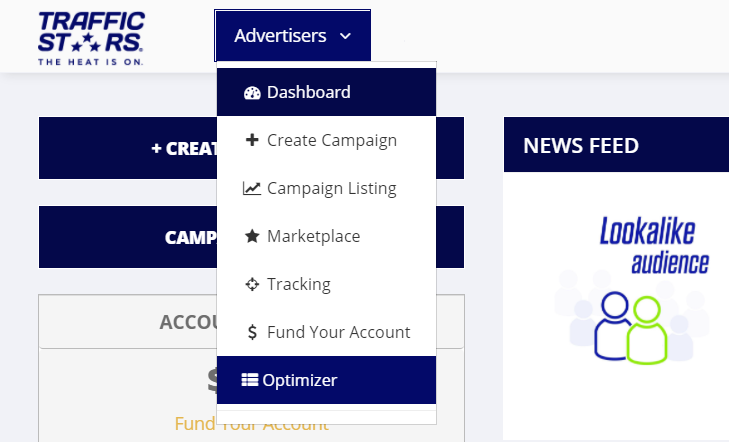 2. Click on the NEW OPTIMIZER button to create your first Optimizer.

3. NAME your Optimizer and choose the TIME INTERVAL for which you wish to gather campaign data for analysis. Based on the data for the selected period, the Optimizer blocks under-performing traffic sources in real-time.

In the example below, we have named our first optimization strategy “My New Awesome Optimizer” and selected the time interval of “last 30 days”. In other words, as time goes on, the Optimizer will always take data from the last 30 days. 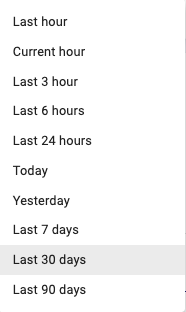 4. Create your first GROUP OF RULES by naming your group and choosing the traffic sources you want to potentially block: sites, ad spots, or both.

5. SET UP RULES that indicate that the source doesn’t perform well. You may choose from a wide variety of performance elements.

Moreover, you can combine different rules for better results and add as many of them as you want. Please be careful and choose your rules wisely.

Note: Each rule in a Group is applied on an AND basis. Hence, the Optimizer will block a source only if all rules are applied at the same time.

In the above example, we have created a group of rules to block the spot if it reaches 10,000 impressions and generates zero clicks.

6. Add as many Groups of rules as you want, and press SAVE.

In our example, we have added another group of rules for sites to block the site if it costs more than $50 and brings no leads. 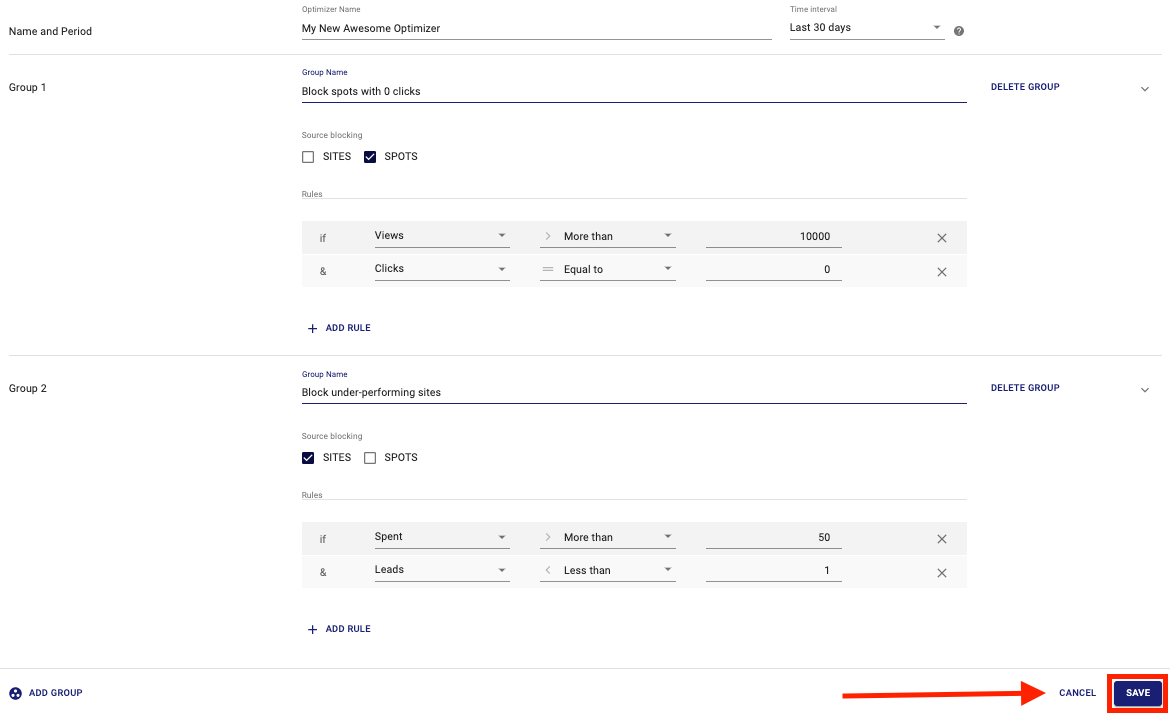 The created Optimizer will appear in the tab OPTIMIZER, where you can edit it anytime.

7. Go to the Edit page of any of your active campaigns or Create a new one. Regardless of your choice, you will find the tab OPTIMIZER there. Finally, link your campaign to the Optimizer.

8. Save your campaign and enjoy the results!

If you delete an Optimizer from one specific campaign, its rules will still apply to other campaigns where you have the same Optimizer.

If you delete Optimizer from Optimizer Tab, then it will be deleted from all campaigns where it was active. All changes made by Optimizer before its deletion will remain in the campaign.