Written by Ekaterina
Updated over a week ago

With Total Budget feature you can manage your campaign spendings according to the total budget you want to spend on your entire campaign.

Total Budget feature is designed to control your overall campaign costs which may not exceed the set sum. The campaign will run until the budget is reached.

After reaching the Total Budget, the campaign will become Inactive.

HOW TO SET TOTAL BUDGET: 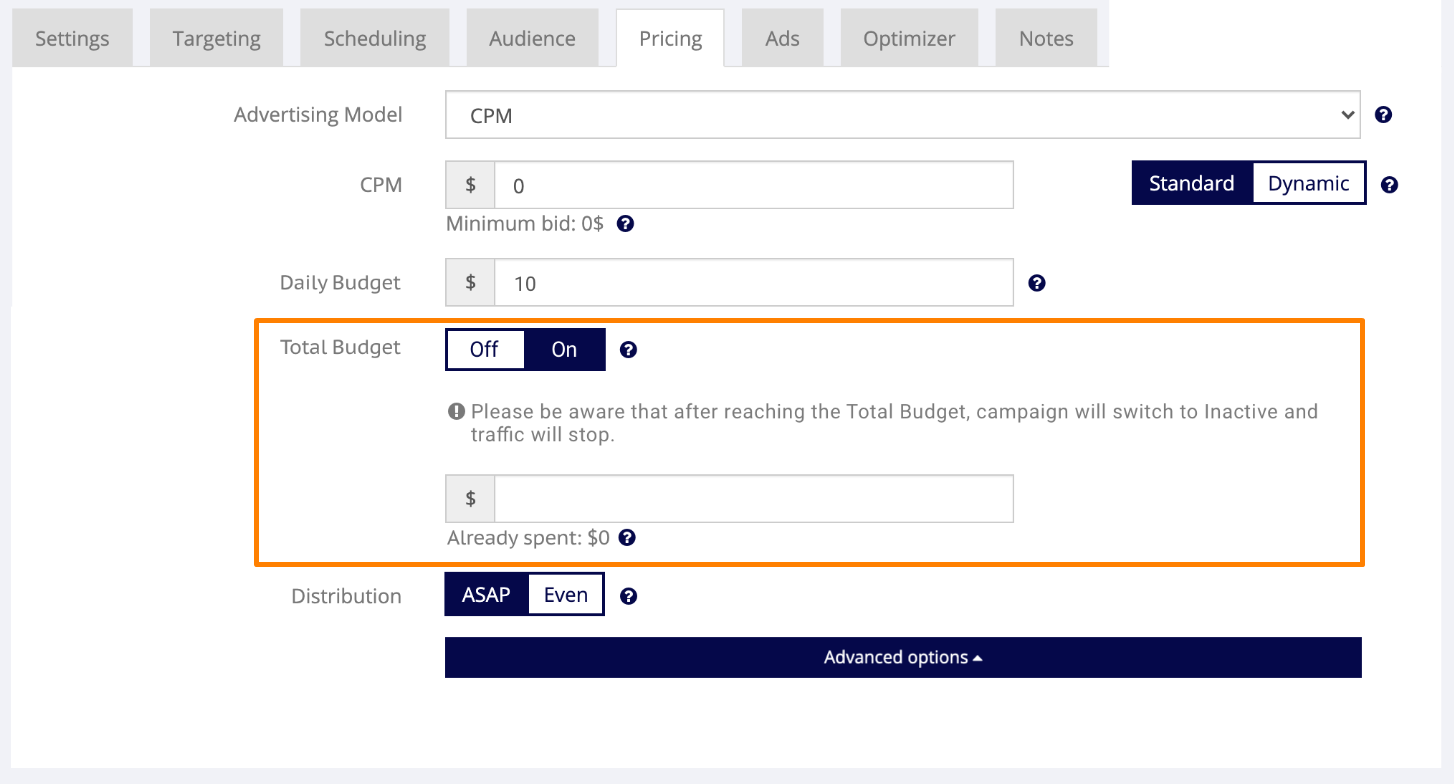 Be aware that Total Budget includes already spent amount and it cannot be less than the amount set it the Already Spent field. For example, if you have spent already $10 on your campaign and after this you set Total Budget of $30, you will spend only $20 more before your campaign becomes Inactive.