How to create CPA ad campaign and what is a test period?

Written by Wade Wilson
Updated over a week ago

This is a pricing model where advertisers pay for certain conversion.

Advertisers usually choose one the following actions as a conversion:

Choose a simple action as a conversion, such as a lead, form registration, e-mail confirmation etc. (which happens several times a week). This way, your campaign will get traffic according to its current spot effective CPM (eCPM).

How to create CPA ad campaign?

⚠️ You must set up a postback in order to run CPA campaigns. 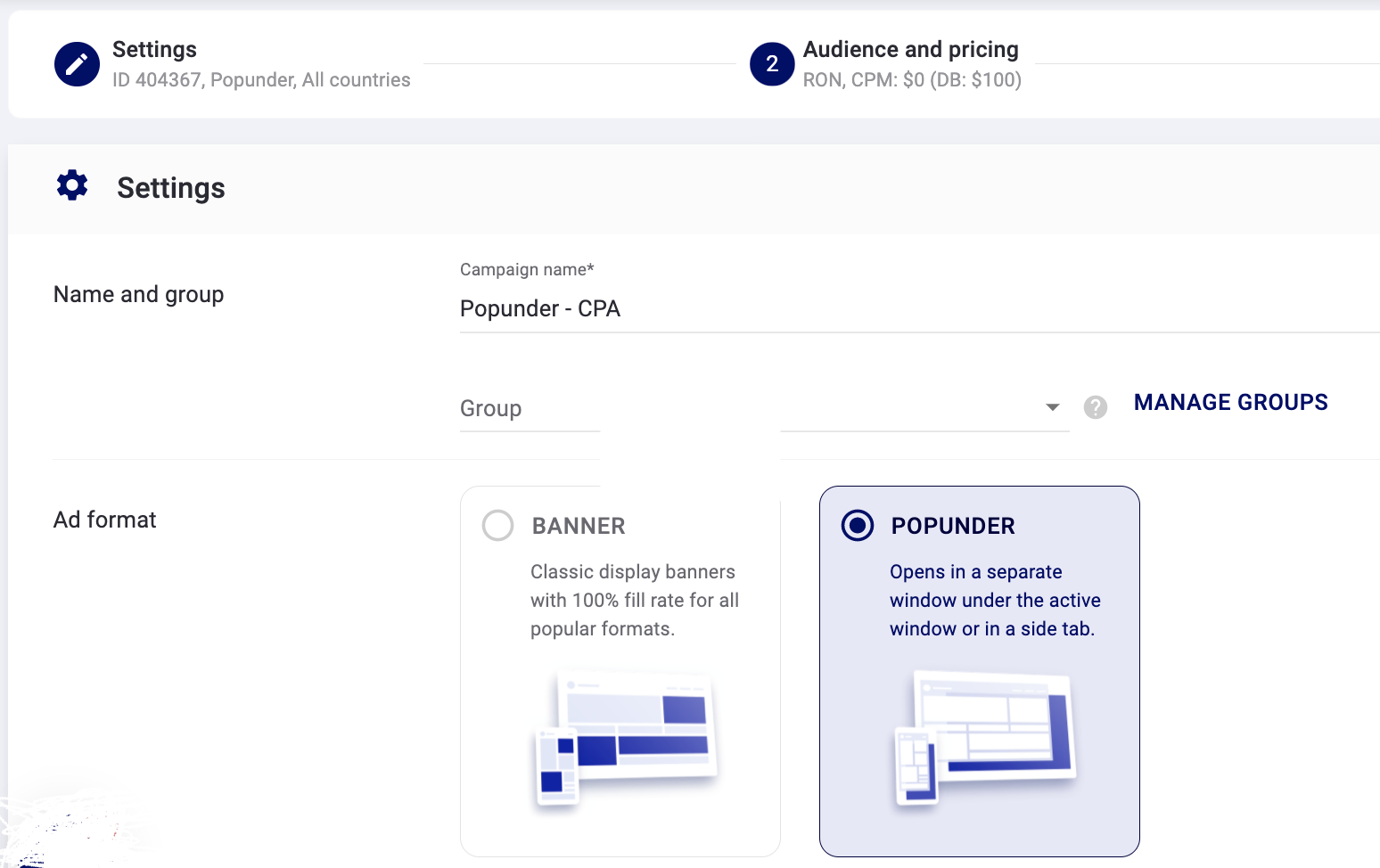 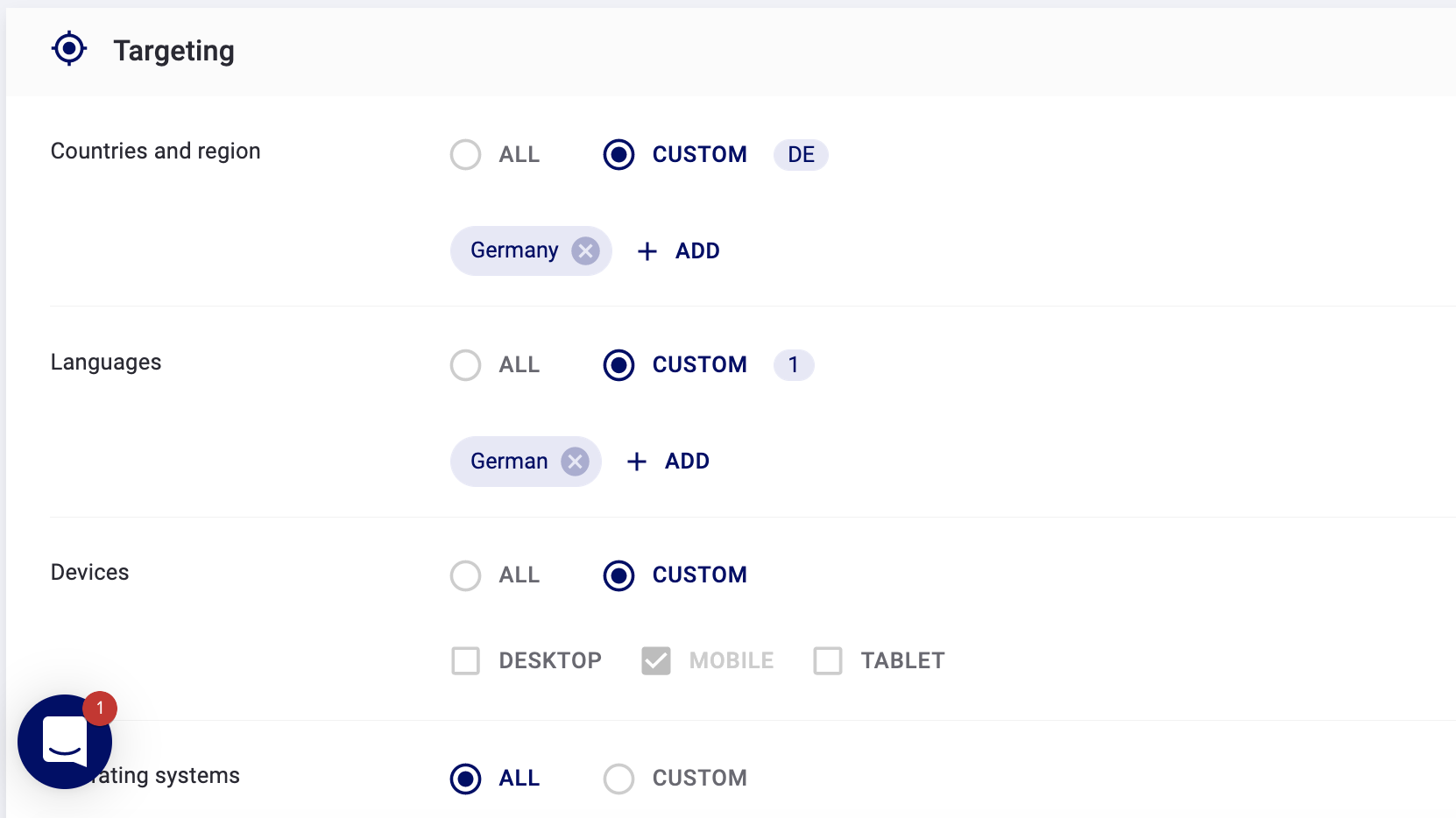 5. Go to the tab ‘Audience and pricing’ 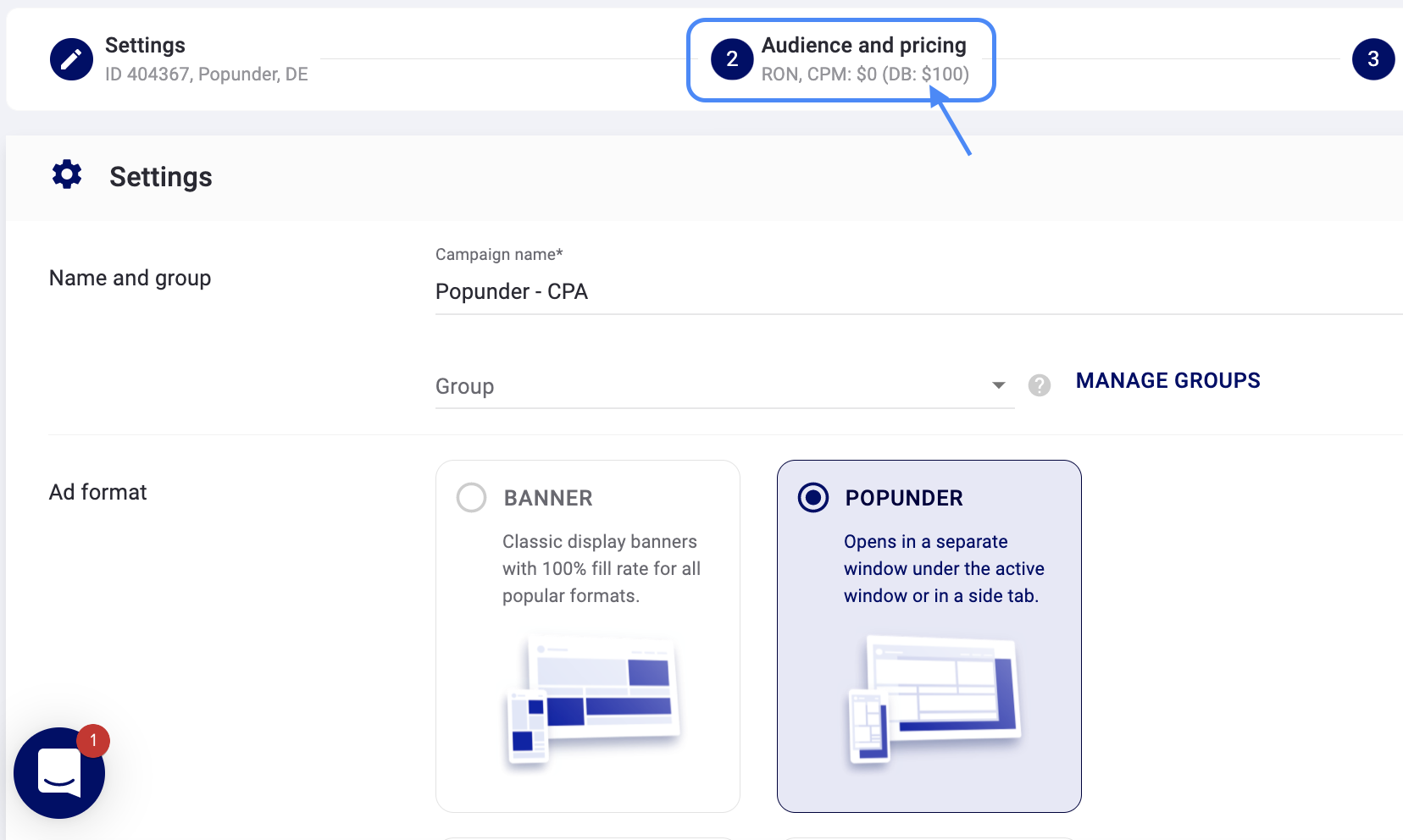 Or add IDs of ad spots.

💡 The value specified in the CPA field will be charged for each received conversion, unless a different amount is received through the postback. In case you transfer to us all the payout you receive from the CPA network, then you can use the Payout modifier to properly adjust the ROI of your campaign.

🔰 What is Payout modifier?

You can learn more about S2S postback tracking here. 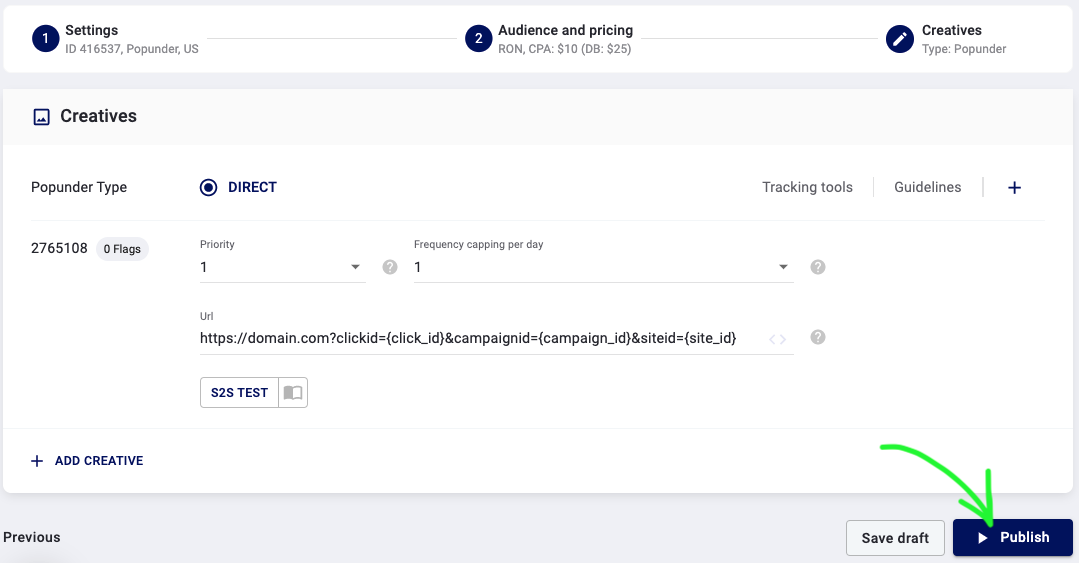 9. After the campaign is approved, it will go into rotation and the Test period will start.

Functioning of CPA campaign in the test period

How does the test period work?

To evaluate the effectiveness of an offer, CPA campaigns go through a test period. During the test period, our algorithm determines the spots and countries that bring conversions.

During the test period, the campaign receives traffic at the recommended bid.

Can I make changes to the campaign?

Stopping the campaign or adding new countries to the current campaign is not recommended, as the test period will be restarted.

Traffic from the zone (GEO+Spot) is stopped if eCPM (for the past 7 days) is below the minimum bid.

What budget is needed for a CPA campaign?

The minimum test budget is $50. But keep in mind that the wider your targeting – the higher the test campaign budget should be.

Tier-1 and tier-2 GEOs are highly competitive, so we recommend setting more than $100 for the test.

What if I got 0 conversions?

If you have set up postback tracking correctly, you should improve your ad creatives, landing page or change promoted offer and target.

CPA campaign after the test period

After the end of the test period, the campaign is bidding according to eCPM, which is calculated for each zone (GEO + Spot) based on the eCPA and the number of conversions during the last 7 days.

For example: your spot ID_1 + Indonesia received 100'000 impressions, 3 conversions with eCPA = 0.5 USD. So after the test period ends, the campaign is bidding according to the following eCPM

💡 The lower the eCPM (for the last 7 days), the less traffic the campaign will get.